Presentation of the school

Since it was founded in 1843 in Alès, the École nationale supérieure des mines d'Alès (IMT Mines Alès) has become one of the 10 engineering schools with the longest history in France. After being founded by Louis-Philippe to train managers for the mining industry, the school has constantly developed and adapted to changes in industry and society. Today, it is a major multidisciplinary engineering school whose influence is recognized in the major national and international higher education rankings. Its motto is: "Science and creativity to invent a sustainable world". It has been a member of the Institut Mines-Télécom (IMT) since 2017, the largest engineering education group in France. 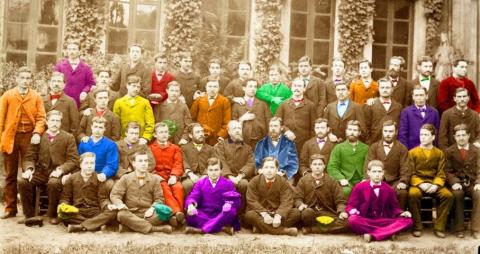 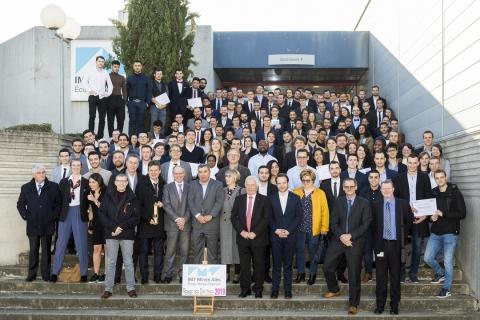 The project of a School of Mines took shape under the impetus of Félix Varin d'Ainvelle, a mining engineer from Alais, and the mayor of Alais, Dr. Auguste Serre, who managed the municipal council vote to adopt it in March 1841.

On September 22, 1843, Louis-Philippe signed the royal decree at the Palais de Saint-Cloud establishing the practical school for master miners in Alais.

The first class of master miners started on November 4, 1845, with thirteen students, in the premises of the Collège d'Alais (which would later become the Toiras barracks).

The entrance exam was open to young workers who worked in the mines. The duration of the schooling, equally divided between internships and class, was spread over two years. All students had to comply with a strict boarding school system. The studies, which were completely free of charge, led, if they were successful, to the award of a "master miner" certificate. Soon cramped, the school moved to rue d'Avéjan in 1869, in the former courthouse.

Over the years, the school made its mark in the local, national and international mining world.

After a period of upheaval in the 1950s, the status of the school and its diploma was questioned. It became a national school by a decree of April 29, 1963 and moved in 1965 to new premises in Clavières. (facsimile of the document reconstruction of the school in link).

A decree of August 8, 1966 made it an engineering school.

The first mention of mining dates back to 1240. It is found in the registers of the abbey of Cendras: "Bernard de Soucanton, abbot of Cendras from 1240 to 1254, allocates an annual rent of 100 cents on the 8 pounds that the concessionaires of the mines of Montaut owe him each year to the infirmary of his monastery " (today Rochebelle).

In order to encourage the use of coal and to rationalize its exploitation, a decree was published on January 14, 1774 obliging any operator to ask for a royal permission.

The law of April 21, 1810 allowed the beginning of an era of prosperity in underground mining.

This text made the formation of large companies possible and the contribution of foreign capital to the region. This law modified property rights, declared mining concessions to be perpetual properties, available and transferable like all other goods, and authorized the reunion of concessions. It thus guaranteed that the mining companies could invest in the future.

The mining exploitations developed over a long period.

Construction of the railway from La Grand-Combe to Beaucaire by Paulin Talabot.

The biggest obstacle was the transportation of coal. Transport by mule convoys on poorly maintained roads had existed since the middle of the 18th century. This, however, considerably increased the cost: between Saint-Ambroix and Alais, transportation costs increased the price of coal by 75%. In order for the basin to develop nationally, it was necessary to create major communication routes to ensure that Cevenne production had outlets other than those of local industry. It was necessary and urgent to transport the coal produced in the Alès region to the Rhône, from where it could reach the ports of Marseille and Toulon. In 1831, the young engineer Paulin Talabot presented a project for a railroad linking La Grand-Combe to Beaucaire. In 1833, he joined forces with the mines of La Grand-Combe to ensure its realization. On May 10, 1836, the "Compagnie des Mines de La Grand-Combe et des Chemins de Fer du Gard" was born.

Work began in October 1837 and the Alès-Nîmes line was inaugurated on August 10, 1840. In two and a half years, Talabot had built the longest railroad in France and the Gard coal basin in general and the mines of La Grand-Combe in particular were finally connected to the regional market. The railway from Nîmes to Beaucaire was completed in 1839, and from Nîmes to Alais in 1840. Then, progressively, Alès was connected to all the coal production centers: La Grand-Combe in 1841, Bessèges in 1857, Robiac in 1858, La Vernarède in 1867, Gagnières in 1871. Coal played an undeniable role in the creation of the Gard railway network and even in France, since the longest line in the French network (a modest 437 km) was the one linking Alès to Beaucaire (72 km).

In 1841 the coal concessions in the Alais district had 2,455 workers and covered an area of 21,203 ha. They, unfortunately, lacked management personnel.

Only eleven people filled the role of master miner in the entire Alais basin and some mines did not even have one. According to a report by Mr. MALZAC, a town councillor in Alais, the minimum requirement is 44 employees for this task.

What is a Master Miner?

Mines operate on more or less the same model. A board of directors sets the broad outlines of the company's economic and social policy and delegates its executive powers to a director. The technical department organizes the work of the mine. It is headed by a senior engineer who prepares the projects and ensures, with the engineers under his command, that the work is carried out properly. These engineers were the interface between the workers and the management. They were in contact with the workers and regularly went down to the bottom of the mine to check on the progress of the work. They were assisted in their task by the master miners. The master miner was responsible for the safety of all the work sites and for the maintenance of the haulage tracks (...) He was consulted by the director when it came to fixing the price of the work unit. He gave his opinion on all questions where his experience of the localities could usefully inform the director. He saw to the maintenance of the tools belonging to the exploitation, to the conservation of the material and had to alert the management as soon as a repair becomes urgent (...) The master miner was the main element and, in a way, the kingpin of the mine.

1841 : The town hall of Alais imagines the creation of a school that would train these master miners

Doctor Auguste SERRE, mayor of Alais from 1838 to 1843, Mr. THIBAUD, chief engineer, and Mr. VARIN, engineer in the Mining Corps, imagined the creation of a school that would train these master miners.

February 14, 1841: the City Council decided to create a commission in charge of studying the establishment of a school of mines to train master miners. The commission, composed of the Marquis de Montales and Messrs Julien, Marette, Bonnal and Malzac (rapporteur) presented its report on March 21, 1841 (facsimile of the report in link). The report pointed out the need for training of master miners for the mines of the district and the project was adopted during the deliberation of the council.

The mining engineer then wrote a first note submitted on April 7, 1841, which was a draft of what would later be the future school.

In October 1841, the mining engineer proposed a second, more detailed report, which specified the organization of the establishment and dealt with the important questions of admission requirements. This report was completed by a third one on January 25, 1842.

1843 : the order of creation signed by Louis Philippe.

IMT Mines Alès is one of the ten or so French engineering schools with the longest history: 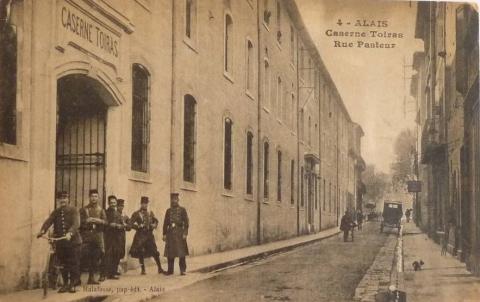 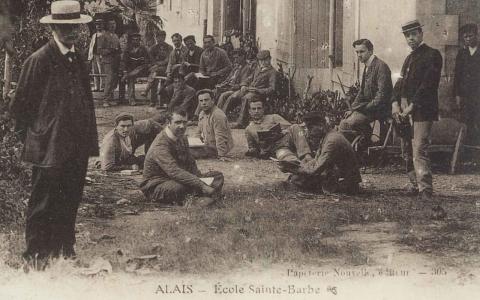 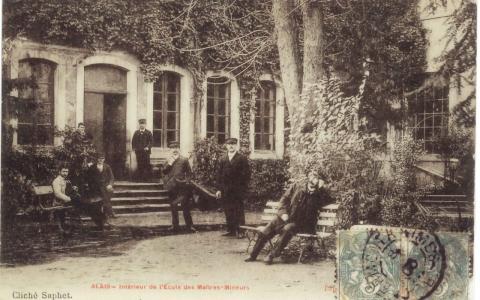 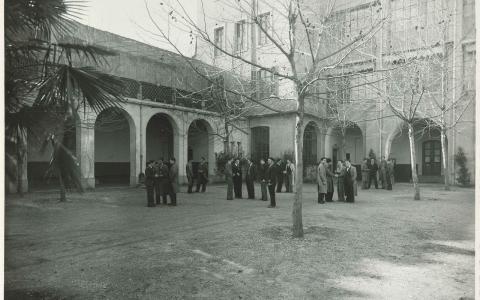 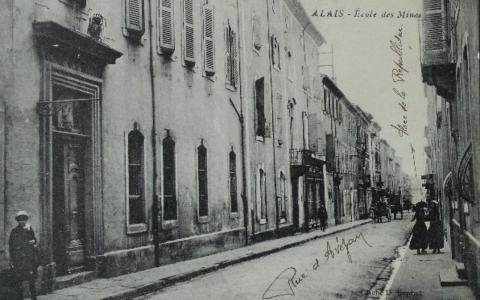 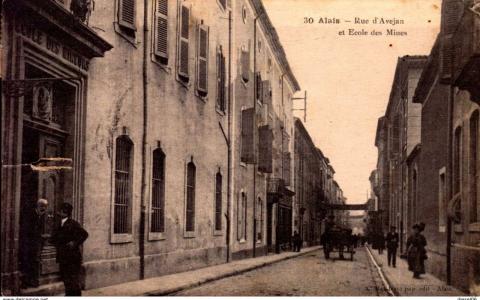 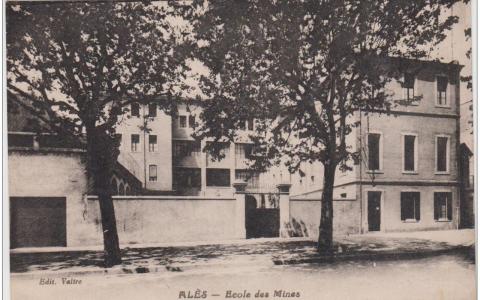 IMT Mines Alès is ranked in Group A of engineering schools in France by L'Etudiant and is ranked 13th in the generalist schools category by Figaro Etudiant. It is in the world's Top 400 in the prestigious Times Higher Education Impact ranking (general ranking); it is also in the world's Top 100 in six of the ranking's thematic rankings dedicated to the United Nations' Sustainable Development Goals (SDGs). Finally, the school is ranked 13th in the HappyAtSchool ranking, which is based on a survey conducted directly by the organization among the schools' students and focuses on quality of life.

As a member of the IMT and with a strong local presence, IMT Mines Alès' mission is to give its students the best possible opportunities to achieve professional success and to become responsible actors in the development of the nation while preserving the planet's resources. The school's values are boldness, commitment, sharing and excellence.

The school is authorized to award four engineering degrees (the historic general engineering degree, as well as 4 specialty degrees through apprenticeship). It also awards several master's degrees (bac+5), specialized master's degrees (bac+6) and doctorates (bac+8). It offers a total of 69 courses in 6 areas of excellence, covering most of the technological and environmental issues of the 21st century: materials & civil engineering, environment & risks, artificial intelligence & industrial digital technology. The school has nearly 1,400 students (including more than 250 international students), plus 500 trainees in continuing professional education. 94% of the student-engineers who have joined the school obtained the mention "Très bien" or "Bien" in their baccalaureate.

IMT Mines Alès is a nationally recognized player in the field of business and supports its development. With a network of nearly 2,000 partner companies, it has developed strong skills in creativity and innovation, which are at the heart of the school's educational project. IMT Mines Alès was the first French engineering school to create a business incubator, which has led to the creation of more than 200 start-ups, representing over 1,000 jobs in the region.

IMT Mines Alès is resolutely open to the world and is strongly committed to developing inbound and outbound mobility for its students and faculty. The school has established partnerships with nearly 90 foreign universities, including nearly 30 double-degree agreements. The school offers 2 training courses taught in English, including an international master's degree. Eight languages are taught at the school.
As a local player, the school welcomes nearly 10,000 visitors each year and supports nearly 500 young people from the region who benefit from solidarity actions for educational success. It also organizes multiple events aimed at introducing science to the population and in particular to young people.

To accomplish its missions, the school relies on 380 staff members (44% of whom are women) and has a consolidated budget of €35 million, 1/3 of which comes from its own resources. It is ISO9001 certified for all its activities.

Located in the heart of the Cévennes, one hour from Montpellier and the sea, and 40 minutes from Nîmes, the school's students and staff enjoy an excellent quality of life and an exceptional level of sunshine. Students have the opportunity to be housed at the Maison des élèves (managed by the alumni association) in very privileged conditions and at "student cost", and benefit from a particularly well-developed community and sports life.

"To give our students the best chances to achieve professionally in order to be responsible actors of the development of the Nation by preserving the wealth of the Planet".

"To advance science and its applications, to maintain a high degree of expertise in order to train our students to the highest level and to contribute to the transfer of knowledge to business and society.

"To develop links with economic players in order to train students, create and develop companies, and increase the school's influence and resources.

We want a creative school...

As a member of the IMT and with its local roots, IMT Mines Alès gives its students the best possible opportunities to achieve professional success and to become responsible actors in the development of the nation while preserving the planet's resources.

years of science and creativity

of students who pass their baccalaureate with honors

of students with scholarships

start-ups created in our incubator to date

of budget, of which 1/3 comes from our own resources

more sunshine than the average in France